This audiobook thing is getting to be problematic for me. I listened to all of Ready Player One in a few days- that’s twenty hours that would normally be dedicated towards reading for me, instead applied towards an audiobook. I really like audiobooks, but this is taking my total reading done to unusually low levels of books. Other than this, I only finished a short story and a graphic novel, though I did do close to a whole additional book’s worth of reading between a Borges collection and two nonfiction books. (I’m being all fancy.)

Anyhow, as far as Ready Player One goes: it was, simply speaking, one of the best novels I’ve read/listened to in quite a while. Definitely blows most of the YA out there out of the water. Wil Wheaton’s narration was also excellent. I’d assumed he’d been chosen to fit the theme of the book, especially since he was actually a very minor character in it, but his narration was excellent.

One of Sanderson’s rare excursions into science fiction. It was reasonably enjoyable, and definitely a bit more risque in some ways than many Sanderson works. (Which seldom tend to be risque in the slightest.) It was fairly good, but ultimately felt entirely too short. As far as his science fiction goes, I’d say I prefer the Legion novellas.

I always forget exactly how much I love Warren Ellis’ writing. For some reason he just tends to slip to the back of my mind when I’m not actually near something he’s written, yet he’s one of the best comics writers out there. Trees, despite nominally being about the invasion of massive alien structures that have been planted on Earth, then proceeded to sit there, completely unmoving, is really more about the people around them. Despite comics’ love of ensemble casts, they seldom actually flesh out the characters to the degree necessary to really earn a reader’s involvement with the cast. I blame the Justice League and the Avengers- when there is a massive super hero teamup book, the majority of the characters will already have had their own series, have visited other series, etcetera. People already have that attachment to the characters. So many comics writers, however, just think they can replicate that from the get go, and so few actually accomplish it. Warren Ellis does that here, partially thanks to the cast being split up into different locations from the get go, and partially because he’s just that good at what he does. This one is going straight in my pull. 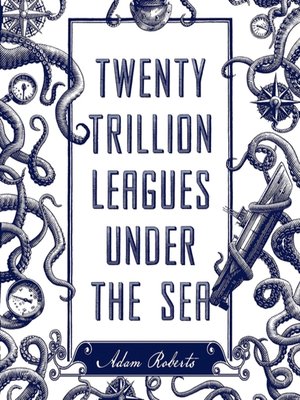 Yes, I know, I know, that’s more than a week listed in the title. But I didn’t do any reading this year until Monday the Fifth, so stop complaining. Also, I didn’t want to do this and my Weekly Pull Review on the same day, so I’ll be publishing my weekly reading lists every Sunday.

This was a pretty slow week for me- I was sleep deprived and cranky all week, and definitely fell a bit behind. Also, I’m working 40 hours a week, and I have a 3 mile walk to work and a 3 mile walk back, which comes to nearly ten hours of walking a week, so I’m not reading anywhere near as many books as I was when I was working part time (I was reading twice as many books then, if not more) or as when I was unemployed (three times as many, at least, especially since I was living in a new city where I didn’t know many people). I know, excuses, excuses. (Totally not humble bragging at all. Totally not… wait, no, yes I am. Stroking my ego was the whole point of these.)

Anyhow, on we go! It was a pretty damn good book to start out my year on. Check out my review.

Admission: I started this one back in December, so it doesn’t really fully count.

I’m going to do a review of the three core rulebooks when I finish them soon, so I’m not going to go in depth right now. Suffice it to say, this may very well be the best edition of D&D yet. It’s elegant and simple, yet allows for great complexity of play. I’m absurdly excited to start a group.

END_OF_DOCUMENT_TOKEN_TO_BE_REPLACED

I should presage this review by stating that I’m a Sanderson fanboy. Seriously, the dude produces consistently amazing books at a rate you’d expect from one of those ghostwriter hiring hacks you see in airport bookstores. It’s nuts, we’re getting multiple books every year from him- though it still isn’t nearly enough for my taste.

Firefight, the sequel to Steelheart, is set in a world where super-humans (called Epics) started appearing, but universally turned out evil. America and the other world governments have collapsed, and the few bastions of civilization left exist solely at the whim of the mighty Epics that choose to allow their existence. The story follow David Charleston and the other Reckoners, an organization dedicated to hunting down and killing the worst of the Epics.

The Reckoners trilogy is actually Brandon Sanderson’s third foray into young adult fiction- there was the decent but not super memorable Alcatraz and the Evil Librarians series and the excellent Rithmatist (to which I am eagerly awaiting a sequel). It’s one of those rare superhero novels- though they are popping up much more often these days (V.E. Schwab’s Vicious and Lavie Tidhar’s The Violent Century spring to mind). I literally downloaded Firefight off Amazon at midnight, and immediately read the whole thing. I was not disappointed. Sanderson’s action scenes remain as kinetic as ever, and his settings are absolutely top notch. Firefight keeps up with many of the quirky, interesting characters from the first book, though a few are only seen near the beginning of the novel, then are left behind. The new characters are just as quirky as the old, though it would be nice to see a few more… not normal people, certainly- the Reckoners, the titular organization, are extremely dangerous Epic hunters- but people not defined by quirks in this series. In addition, the love interest in this book (can’t tell you any more, spoilers) could have really used a bit more screen time. Also, not a huge fan of the American cover, though the British cover looks amazing. Still, though, this is one of the best YA novels I’ve read in some time, and an excellent book to start the year out with. (I’ve read other books this year so far, I just haven’t finished any yet. Stop judging me.) Steelheart, the first book, is super cheap right now as an ebook- pick it up. Right now. Then pick up Firefight. Also, read both.