This is an absurdly good week for my comics. I mean, hell yes.

Sex Criminals is, without a doubt, the single funniest goddamn thing in my pull. Especially the letters column. Oh my god the letters column. Yes. In all seriousness, though- this comic has amazingly developed characters. Jon and Suzie are way more sympathetic than… well, damn near any other comic book characters out there. Almost certainly the best comic book couple. Alana and Marko from Saga have them beat, maaaaayyyybeee? Hard to say. You can definitely feel Fraction’s style in here- comics he writes tend to have some of the highest panel per page counts out there. I mean, it’s not Hawkeye, with that one goddamned 27 panel page, but it’s still pretty crazy, with 10+ panel pages everywhere. That usually just ends up looking like shit, but it works out well here. That probably mostly speaks volumes about Chip Zdarsky (and David Aja on Hawkeye), but I’d still like to see some of Fraction’s scripts. Also, did I mention that this comic is goddamned hilarious? I don’t think I’ll be able to go into a Barnes and Noble without getting the temptation to yell “Vagina Doctor” ever again.

It’s not even remotely surprising to find two Image titles headlining my pull review. At this point I think it should be obvious that I’m a raving Image fanboy. It should also not be surprising that the two comics headlining my list are by the power couple of comics these days, Kelly Sue Deconnick and Matt Fraction. I usually don’t really throw my weight fully behind a comic until at least issue 3, but this issue has completely locked in this comic for me. The art gives off an awesome pulp vibe that works great for the prison scenes. The scenes in the confession module are fantastic looking- definitely the most eyecatching scenes in the book, though the treadmill scene is pretty close behind it. I wasn’t expecting this book to take the prisoners form a sports team angle, but it could turn out pretty good- especially since we don’t know anything about Megaton yet, other than that it’s really, really violent. 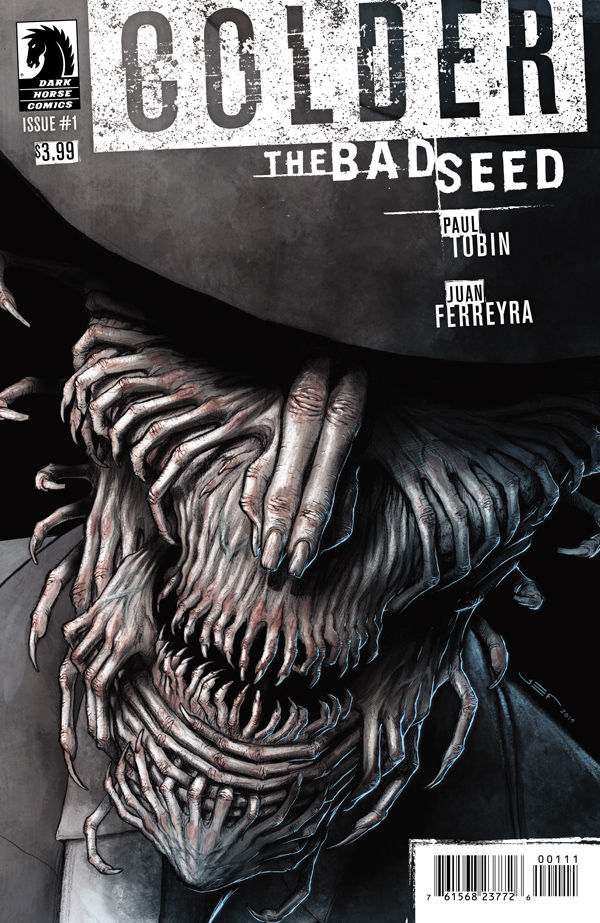 Here we go. This is what I’m looking for. This entire issue is spent following Reece wandering about the creepy, dreamlike world of insanity. It feels like a cross between the foggy streets of 1800’s London and a modern Brazilian favela, populated entirely with horrifying, twisted creatures. The surreal panel work is great, with Reece actually falling through the panel borders at one point. My complaints about Swivel have finally been somewhat alleviated- he’s finally making his move. There is still an obligatory finger collecting scene at the beginning, which is getting a little tiresome, but the pace of things is finally starting to pick up, which is great. Juan Ferreyra’s art remains a huge pull, as always.

Hey, look, it’s my one non-Vertigo DC series! This one is wielding a pretty hefty 8 dollar price tag, but it definitely gives you your money’s worth. 30 some pages of story, plus an additional 30 page guide to the DC multiverse, including a map of the multiverse. It also pushes forwards the plot considerably- the Gentry’s plans advance further, Nix Uotan returns, the Sivanas continue to recruit.. it’s pretty cool. That being said, it’s pretty dense. Multiversity is far from the most approachable comic- I’ve found myself dredging my memory for some of the characters in it, even having to look up one or two, and I’m far from a neophyte to the DC universe. (Believe it or not, I used to be a DC fan over a Marvel fan as a kid, and I still enjoy DC to this day- I’m really just moving away from superhero comics in general, though).  Grant Morrison’s depiction of the multiverse is surprisingly complete, though- it includes everything from the 52 main worlds of the Orrery, to the domains of Dream, to Apokalyps and New Genesis, to the Speed Force Wall, to obscure places like KWYZZ. The map is a little hard to read in the middle, thanks to the crease between pages, but it’s still really cool. The book also references all the assorted Crises, Flashpoint, Parrallax, good ol’ Superboy Prime… Man, DC mythology gets complicated. Most importantly of all: Chibi Batman.

Welp, it’s time for Lady Thor and Unworthy Thor to do the obligatory superhero first meeting fight. Will they learn to cooperate in order to stop the actual threat? Of course they fucking will, what were you expecting? I mean, really? It’s one of the most commonly used stock stories of superhero comics. That being said, whatever it lacks in originality, it’s by no means bad. It maintains the high art standards of the Thor series, the action is great, and we have definite confirmation that Lady Thor is not Freyja (not that anyone really expected that). I like the series so far, but having all four issues so far set in pretty much the same locale really kinda irritated me. To be fair, I do have a short attention span for that sort of thing.

Deadpool/ Paste Pot Pete Teamup! Woo! This issue features Deadpool, feeling morose after the events of Sixis (who doesn’t) taking an offer of a job from the Trapster (Paste Pot Pete) to join a crew helping stop locals from interfering with a Roxxon oil drilling/ tomb robbing venture in the Middle East. Deadpool, of course, gets sick of it pretty quick, and drags Paste Pot Pete over with him to help defend the locals instead. It’s a pretty fun return to old form, and Deadpool is definitely starting to feel more like his old self again. Just in time for him to be dying here in a few issues, too. I do like the Mad Max cover quite a bit.